On the 22nd of March 2016, my hometown Brussels was attacked by a handful of terrorists.

That Tuesday morning, I got up, had a pee, got dressed, and prepared breakfast, just like any weekday. As I was eating my bowl of cereal, I scrolled through Twitter and immediately realized something was wrong back home. Tweets were saying there had been an explosion in Zaventem, the city airport, just a mere 10 minutes drive from my parents’ house.

I called them and woke them up with the news – thankfully, they are retired and spent most of their time at home with Jax, our dog. They told me not to worry and to go to work. Naively, we still thought it was some sort of accident.

I called my “Belgian friend turned Londoner” Veronique to ask if she had heard of the news. You see, Brussels is so small that it’s like a village: news travels fast, everyone knows someone who could be involved and everyone feels that strong sense of community.

I got into the tube station and, it’s only 25 minutes later, as I emerged from the heat of the busy rush hour train that I heard about the explosion in the metro. Feeling queasy, I started to try to call/message/get a hold of my friends back home: so many of them take the metro to get to work. Of course, the phone lines were down and Facebook hadn’t yet implemented the “mark yourself safe” option that we all know too well now.

As I walked into the office, my manager came up to me to ask me if I was ok. I thought I was but, as soon as his words reached my brain, I burst into tears. I cried in the loo for a little bit then started working. My colleagues’ worried looks and my phone remaining desperately silent made concentrating on my tasks almost impossible. My manager agreed to send me home and I went straight to meet Veronique: she was worried sick as she couldn’t get hold of her little sister, who was almost certainly in the metro at the time of the attack.

A few hours later, both Veronique and I had heard of everyone back home and, thankfully, everyone was alive. Despite not knowing any of the victims, I still felt immensely sad and had to go through a grieving process. I stopped taking the tube to work and took the bus instead. To this day, I still can’t help but feel anxious in a crowded train. We hear about terrorist attacks in the world almost daily and we tend to get accustomed to it. When it hit Brussels, my hometown, the place where my friends and folks live, it made me feel so guilty. I felt like I should have been there, close to all those people that I love so damn much. I couldn’t have changed anything. But being far from home when this happened felt massively wrong.

What felt even worse is that the whole world pretty much said that Belgium “deserved” it because of Molenbeek’s hidden terrorist cells. Truth is, that terrorist cell was crumbling apart following the arrest of one of its members (involved in the attack in Paris in November 2015). Truth is, they panicked and decided to act in a very disorganised manner. Truth is, it could have been a lot worse and a lot more people could have died on that day. Truth is, they were determined cowards and no one could have stopped them.

A year later, life went on. The world is now focusing on Trump and his chaotic actions as President of the United States. Europe is focusing on the Brexit. Belgium is still healing; still fighting terrorists. But that fateful day of March 2016 brought us together like never before. We are little troopers! 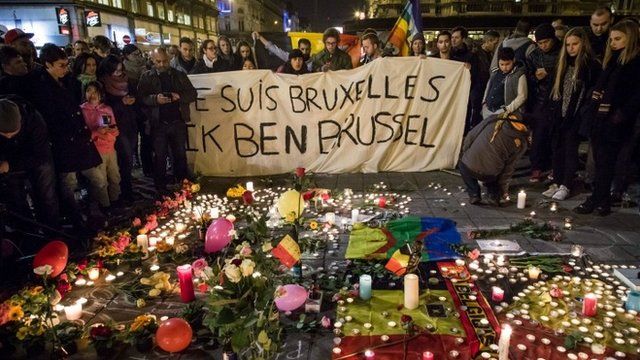 Women’s March on London: why I marched

Working for free, a good idea?