Developed by Jennie Snyder Urman, Jane The Virgin is an American telenovela that has been on air since October 2014. I discovered the series on Netflix and got hooked up straight ahead. What makes Jane The Virgin so different is this well balanced mixed of relatable life situations and crazy plot twists. It’s just straight out of a telenovela! 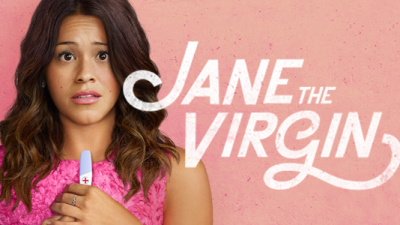 The story is set in Miami. Jane (Gina Rodriguez) lives with her mother Xiomara (Andrea Navedo) and her abuela (aka grand-mother – played by Ivonne Coll). Xiomara got pregnant when she was a teenager and raised Jane with the sole help of her mother. Jane is engaged to Michael (Brett Dier), a gentleman of a cop who understands she wants to remain a virgin until marriage. But, during a routine visit to her gynaecologist, Jane gets accidentally inseminated with a rich hotel director’ sperm (Rafael Solano, played by Justin Baldoni). And that’s how this crazy ride starts!

What I love about this series is that it is empowering to women: it is a story about women, how they deal with things and life, how they stand together and how they face complicated choices. It also explores mother-daughter relationships with depth and accuracy. Those are strong bonds but they’re also tricky and hard to manage at times.

Another thing I love is how eventful the show is. It is like a roller coaster of emotions and I can help but come back for more. The story is relatable as we all have to deal with our families and with life’ surprises. As I’m writing this review, I can’t help but think of Jane working hard to become a writer because…well, yeah, hello, that’s where I’m at too! The cast is brilliant, as they have created an incredible chemistry. Gina Rodriguez, Andrea Navedo and Ivonne Coll are the perfect trio of women: they are from different generations and from different paths of life, yet they make it work, they grow and learn from each other. Gina Rodriguez and Brett Dier are the most (im)perfect couple and I adore them together because their relationship feels so real and effortless. I am also a massive fan of Jaime Camil and his Rogelio, Jane’s father, who could be described as the irritating, clumsy yet flamboyant and loveable dad. Petra Solano, played by Yael Grobglas, is the perfect character you’ll love then hate then love again then hate again…She can be such a bitch! Justin Baldoni makes me feel sorry for his character, Rafael Solano. That poor guy is just so unlucky, it’s unbelievable.

Last but not least, Anthony Mendez as the narrator adds this little extra fun and tension. He also helps channelling emotions as he says out loud what the viewer’s been thinking. 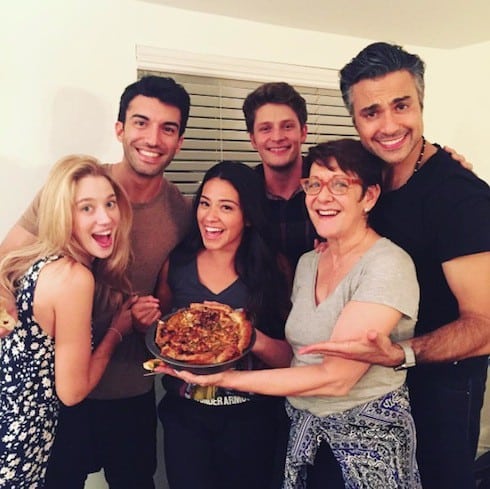 Jane The Virgin is fun, sad, scary, infuriating and that is why it is so very good. It is a hell of a ride but I don’t think I’ll ever want to get off! Long lives Jane The Virgin!

An honest one-to-one with a Directioner